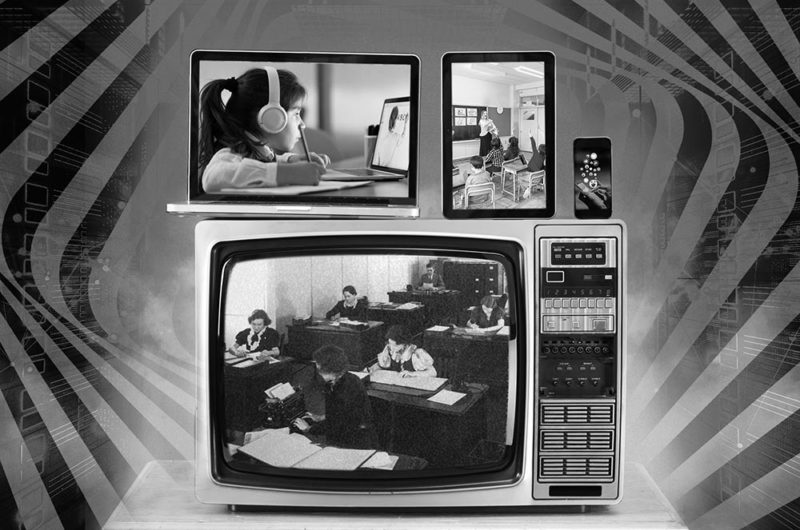 “He was a pyromaniac of the imagination, starting prairie fires over our intellectual landscape.”

The late 1960s saw mass media coming into its own. Radio waves had been transmitting for decades. Film had become an established entertainment source. Television had grown well beyond its gawky, teenager phase. And the basis of computing was beginning to catch hold in massive cold rooms filled with refrigerator-sized tape drives and punch-card machines. A Canadian English professor named Marshall McLuhan, dubbed this era “The Electric Age.”

Over the 40-plus years of his career, McLuhan became a student and teacher of language and media, proselytizing about the current state of technology and prophesizing the future impact of The Electric Age on culture from an economic, psychological, and sociological perspective.

He earned the moniker “The High Priest of Pop Culture” for his proclivity to speak in slogans and twisted aphorisms that engaged the reader and challenged them to tease out their meaning. Phrases like, “The electric media are a mom-and-child of rock and roll relationship,” were not benign, academic prose. They appealed to CEOs, fledgling comm majors, and advertising mavens like Howard Gossage who befriended McLuhan and became his most prominent advocate and promoter. With Gossage’s help, he made the speaking circuit, wrote several books, made appearances on lecture tours and television, and even had a cameo in a Woody Allen film.

One of his primary expressions was that, “in the electronic age, we wear all of mankind as our skin.” He theorized that we become an extension of our physical nervous systems in a “Global Village,” now a colloquial term first coined by McLuhan. The Global Village was an instantaneous destination without the limitation of time and space. It could be as “big as a planet and as small as the village post office,” all made possible by instant electronic movement.

“What is very little understood about the electronic age is that it angelizes man, disembodies him. Turns him into software.”

The preceding statement may sound a bit pedestrian now, but bear in mind that the internet would not be around for another 25 years. Perhaps McLuhan’s words have endured not because they were prophetic, but because they were broad and imprecise and open to interpretation. Their outcome is not dependent on a specific medium but on how people react to media, how it changes them, and how it changes their culture. His reactions, theories and observations regarding technology were sometimes positive but sometimes tinged with ambivalence and foreboding.

McLuhan had a strong aversion to the rising violence seen in film and television. He conjectured that this physical manifestation was partially a reaction to the speed at which cultures existed in the electronic age. He believed that because “everybody at the speed of light becomes a nobody,” society and individuals had undergone an identity crisis that became a catalyst to act out.

“Fantasy violence on TV is a reminder that the violence of the real world is much motivated by people questing for lost identity… On the frontier, everybody is a nobody, and therefore, the frontier manifests the patterns of toughness and vigorous action on the part of those trying to find out who they are.”

Today, the Electric Age has quite literally become our lifeline. McLuhan may not have known what the technology of today would be like, but he saw the potential in the media of his time that has evolved into the channels that are widely used today. He referred to the telephone, television, and films as “classrooms.” He divined the concept of teleworking. He challenged the idea of “the wheels hurrying us downtown” when we could access a “filing cabinet” from anywhere. “You could run the world’s biggest factory in a kitchen by a computer.” Work and learning can be responsive, and industry can make way for customization over standardization, resulting in more personalized experiences. All this envisioned before the personal computer even existed.

Like McLuhan, for many, technology can be a love/hate relationship. However, survival in the Global Village requires a mindful, responsible human element. As we face adversity globally with COVID-19, we continue to “look through the rearview mirror” as we move forward and challenge traditional ways of interacting. The limitations that we face breed inspiration, collaboration and innovation.

“If we understand the revolutionary transformations caused by new media, we can anticipate and control them; but if we continue in our self-induced subliminal trance, we will be their slaves.”

McLuhan believed that “there is absolutely no inevitability as long as there is a willingness to think.” So it is by our own choosing that we make technology a part of our lives—rather than let it run our lives—and create a bright future.

This is Marshall McLuhan: The Medium is the Massage, teleplay, 1967

The Medium is the Massage: An Inventory of Effects, Marshall McLuhan and Quentin Fiore, Gingko Press, 1967/1996

Forward Through the Rearview Mirror: Reflections On and By Marshall McLuhan, edited by Paul Benedetti and Nancy DeHart, The MIT Press, 1997