From agency highlights to advertising insights, our blog is designed to keep you posted on what’s happening around here, and spark ideas to help you reach the next level in your marketing, business, and brain. This is where lightbulbs go off. 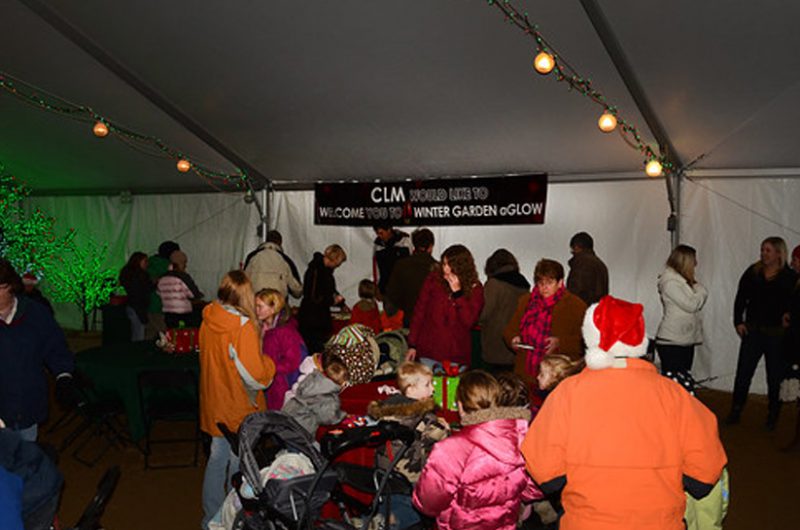 Be prepared. It’s the well-known motto of the Boy Scouts of America. And boy would they be proud of the CLM crew and our preparation for CLM’s annual holiday celebration for friends and clients at the Boise Botanical Gardens’ Garden aGlow light display. We decided this year not to have the event catered or staffed by anyone outside our employees. After all, we reasoned, how else can we better express our gratitude to clients and our best wishes for a happy holiday season than by rolling up our sleeves and END_OF_DOCUMENT_TOKEN_TO_BE_REPLACED 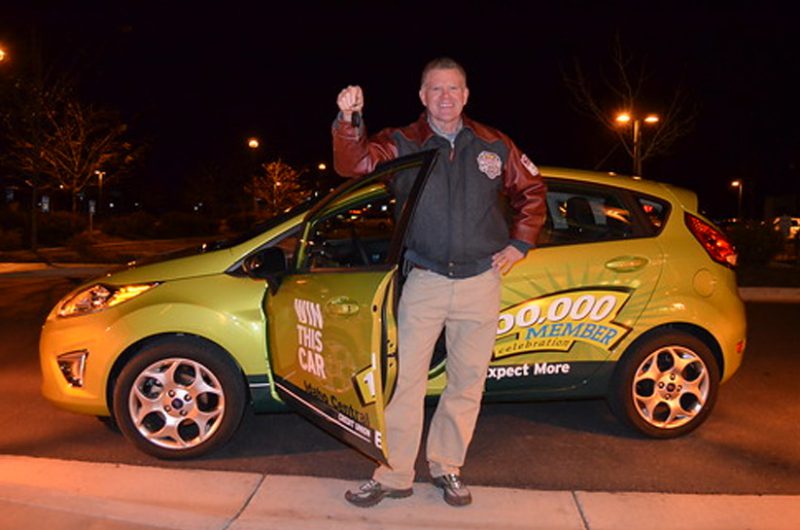 In a mostly-rural state like Idaho, a financial institution welcoming its 100,000th member is hardly a regular occurrence. Then again, Idaho Central Credit Union is hardly a regular financial institution. That’s why we recently worked alongside Idaho Central to celebrate that one out of every sixteen Idahoans is now a member of their fine institution. Offering two 2011 Ford Fiestas as grand prizes, we helped Idaho Central put on a giveaway that invited Idahoans from every part of the state to enter. The response was overwhelming, with more than 16,000 END_OF_DOCUMENT_TOKEN_TO_BE_REPLACED 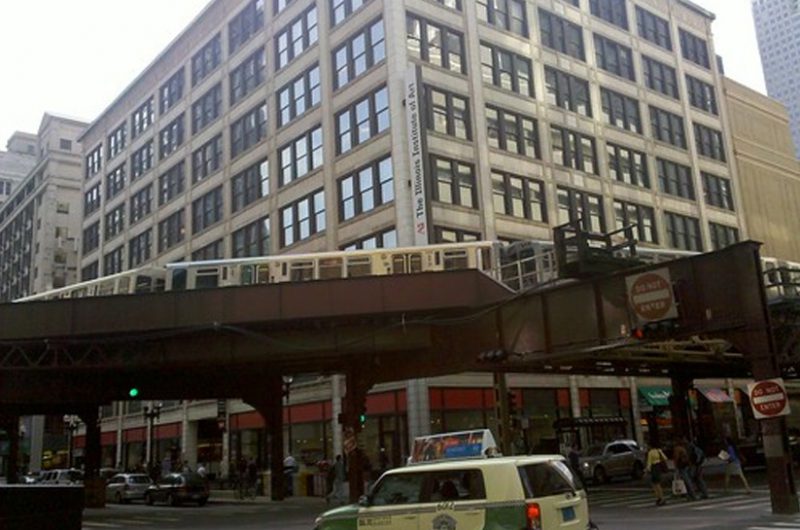 However long your career spans, it’s never a bad idea to learn new ways to do your job better. Or simply reminded of old ways. And if you can do that in a city like Chicago, then it’s even better. Last month, two of us CLM-ers [Morgan Lord and Jarred Blankenship] attended Second Wind’s Account Executive College in Chicago. The sixteen hours of intensive training gave us a chance to recharge and discover ways we can improve the client/agency relationship. The course taught us techniques to better communicate with our END_OF_DOCUMENT_TOKEN_TO_BE_REPLACED 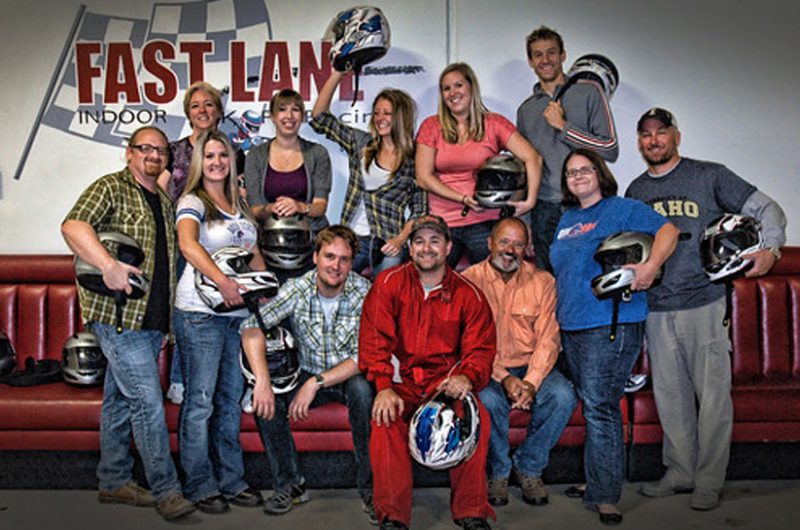 Coffee. Go-karts. Beer. Bowling. I wouldn’t recommend trying it in reverse order. Odds are you wouldn’t make it to the coffee. A couple times a year at CLM we close up shop a day early for the weekend to spend some time together away from the office. Occasionally we spend the day far from the office, but we always spend the day doing something far from anything we’d do at the office. This fall, the day’s agenda was as described above. Actually, the original agenda involved a trip to a END_OF_DOCUMENT_TOKEN_TO_BE_REPLACED 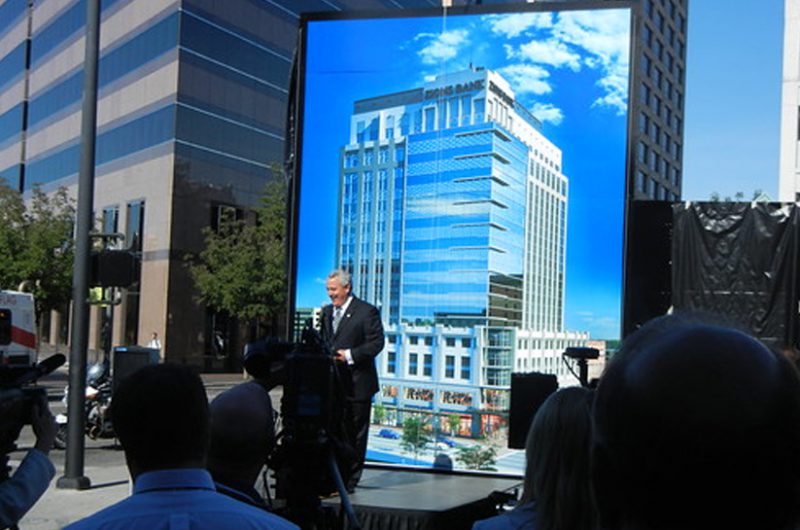 Filling the Hole and Closing the Loop

Every advertising firm will tell you that a win for a client is a win for the firm. So it’s doubly satisfying when that win provides a benefit to the community. Recently, CLM was approached by Gardner Company, an Idaho-based development firm with multi-million dollar projects from Provo to the Treasure Valley. They were interested in creating some promotional materials for a yet-to-be-unveiled project at the site of the infamous “Boise Hole” at the corner of Eighth and Main streets. We, of course, jumped in headfirst. Over the course of END_OF_DOCUMENT_TOKEN_TO_BE_REPLACED 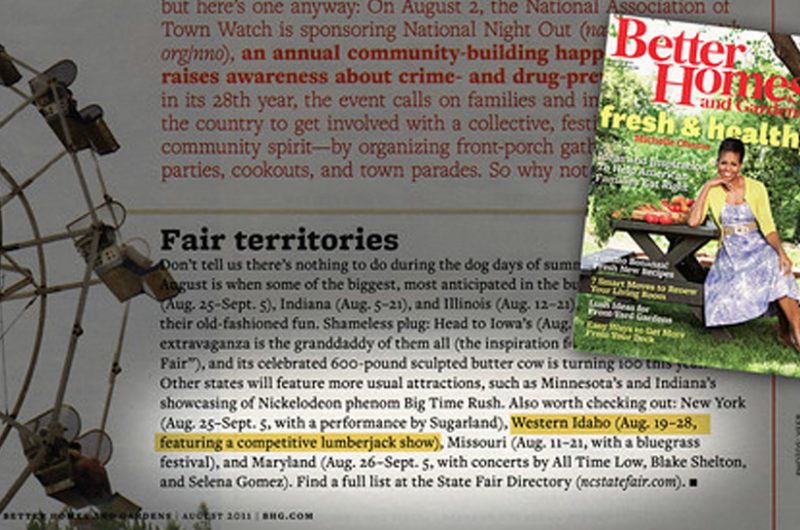 Okay, so it may be a little hammy to mention Western Idaho Fair and the First Lady in one line, but there is a valid tie-in. When Better Homes and Gardens released their August 2011 issue of their long-running magazine, featuring Michelle Obama on the cover (and the first celebrity to appear on a BHG cover since Cliff Robertson in 1963), we hardly expected to see a local client get a mention. Yet, near the back of the mag, under a short article on state fairs “worth checking out”, you’ll END_OF_DOCUMENT_TOKEN_TO_BE_REPLACED