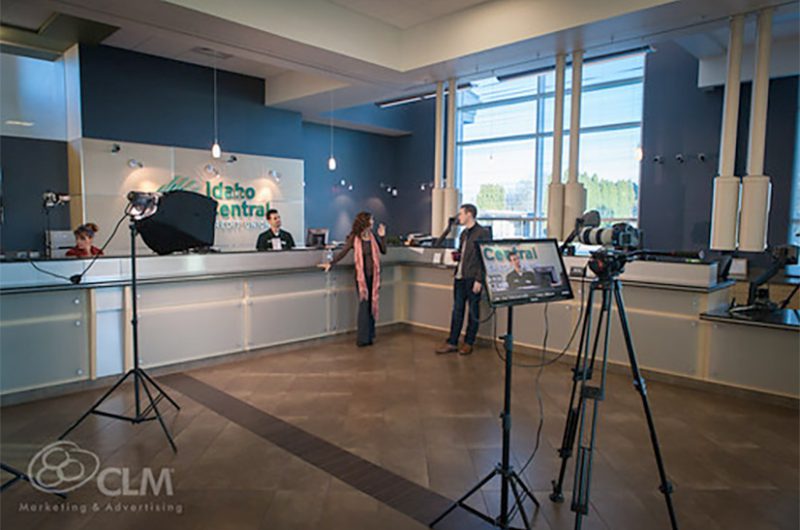 TV Spots? Yeah, We Do Those.

For whatever reason, there’s always something exciting about producing television spots. Maybe it’s working with actors, on a set, with the lights and camera and all the filming accoutrements. Maybe it’s getting to yell: “Cut!” Maybe it’s the craft services table. Or maybe it’s simply due to the fact that we just don’t get to do it everyday. Whatever the reason, it’s something that always makes us appreciate our clients and the industry we’re lucky enough to work in.

On a recent Sunday, the CLM crew invaded a local Idaho Central branch (with the client’s permisson and supervision, of course) to shoot a series of short television spots. The filming wrapped in a few hours – with the help of some very professional actors, makeup artists, grips, and pre-production assistants – and then it was on to editing the footage for the final spots. Along the way, we snapped a few photos of the process (two of which appear below). Stay tuned to see the finished spots, which will air in the next month. 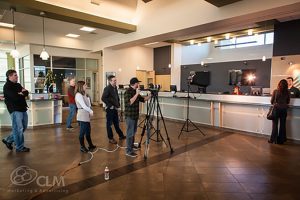 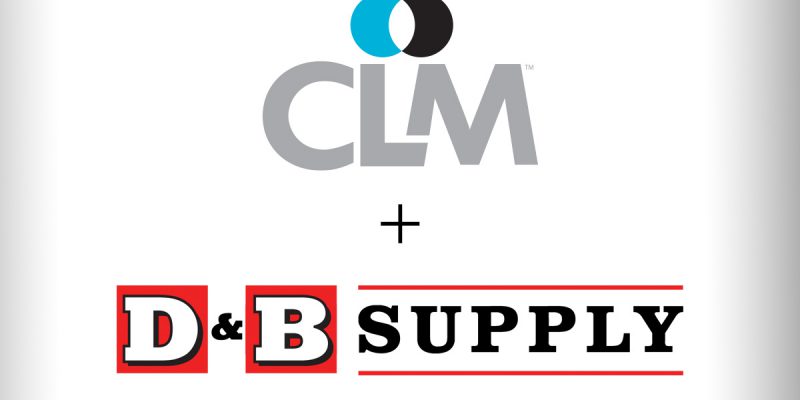 A Win For CLM, A Win For the Client.