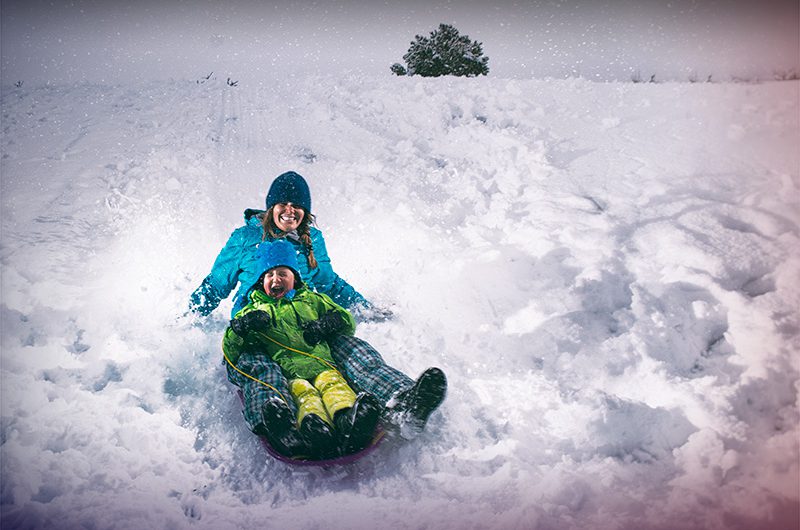 I’ve always been a sucker for holiday advertising. Case in point: even though New Jersey almost never had winter weather in December, I dreamt every year of a white Christmas, probably because of stupid Bing Crosby and the movie White Christmas. If you haven’t seen it, I highly recommend it, but don’t buy into the hype. In my limited experience, snow at Christmas is not a thing unless you live north of the 41st parallel.

Now I live in Boise, which has a much higher likelihood of white Christmases in general. And this year, it’s real—Boise has been blessed with a blanket of soft, sparkly, magical snow. This prompted me ask my colleagues, all former children themselves, about their favorite snow memories from childhood. Below are a few reflections on snow days of yore—and a story about one legendary white Christmas Eve in New Jersey, too.

Becky: With four brothers and one sister, we always had enough kids around to play football. We lived in the country and had big yard. Playing football in the snow was the best!

Jessica H: Snow always reminds me of my dad, who—every winter, after every heavy snowfall—would strap a plow to the front of his ATV, and spend hours riding around the neighborhood, clearing driveways and streets. It was his gift, season after season, in the true spirit of Christmas. This year, my dad came home from work on our first real snow day, and found that a friendly elf had cleared his driveway for him this time. It warmed my heart.

Mike: Snow days home from school…starting the day with a bonus extended breakfast of waffles or pancakes and hot chocolate to fuel the rest of the day sledding down a nearby farmer’s huge hill with neighbor friends until after dark.

John: Idaho’s mother of all blizzards on record left my dad, brother, sister and hundreds of other skiers snowed in for over a week. After a couple nights stranded at Pine Basin ski area (God rest its soul), we formed a caravan behind two giant snow plow escorts. Within 15 minutes, a second blizzard hit with massive snow and wind gusts exceeding 80 mph. It took over two hours to travel the six miles from Pine Basin to Swan Valley. Several cars had to be abandoned and later plowed out of 15 feet of snow. We lived communally for a week on the gym floor of the Swan Valley American Legion. Food ran out, and the locals donated raw milk and basics. The deputy sheriff shot an elk out of season to help feed us. As the kids stayed amused by learning to play poker, some national news reporters snowmobiled in to tell the world our story. I had by far the biggest stack of chips. No footage remains.

Brad: The Chicago blizzard of 1967 struck northeast Illinois and northwest Indiana on January 26, 1967, with a record-setting 23 inches (58 cm) of snow falling in Chicago and its suburbs before the storm abated the next morning. To this day, it is the worst blizzard in Chicago history. I was in 7th grade. My arm was in a cast up to my armpit from a recent re-break of my arm that had not healed correctly. But that didn’t slow me down. It was a “snow day” for three days. We built an igloo in our front yard that we tried to spend the night in. We toboganed all day, every day down the hill in our neighborhood.

Evelyn Woods Ulyat as quoted in Reader’s Digest (from John): The Princeton campus was quiet and beautiful in the falling snow, and the carol singers in the distance were an added touch to the Christmas Eve scene. I was walking my dog when I met the carolers going into the garden entrance of Dr. Albert Einstein’s home. One of the boys started to sing, “O little town of Bethlehem, how still we see thee lie,” and the others took it up. The front door opened suddenly and Dr. Einstein stood there a moment. Then he turned back into the house and reappeared with his violin. Without a word, he started to play with the singers—each verse through the hymn. Without a word to break the spell, the young people turned away silently, and Dr. Einstein closed the door slowly on the snowy scene. It was a Christmas Eve to remember.

On behalf of everyone here at CLM, we wish you a very Happy Holiday season filled with the white stuff (if you like) and happy memories to last a lifetime. See you in 2017! 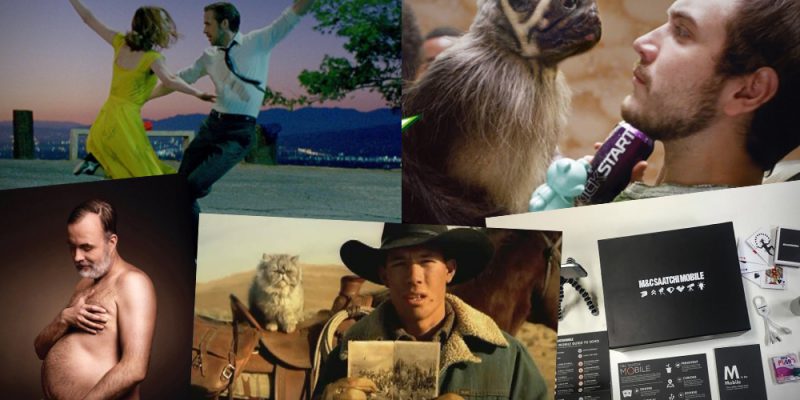 MBA on Tap: Jumping Into Change