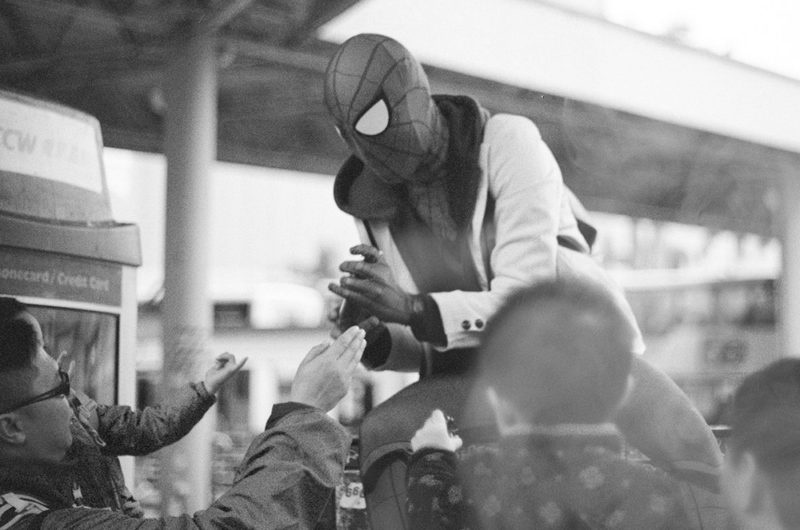 For more than a decade, the holidays and summer have been the season of the superhero with Disney’s Marvel Cinematic Universe consistently knocking it out of the galaxy. Before we arrived at this new golden age of superhero films, there was an endless run of really lame films and TV shows. If you’ve seen the re-runs or actually suffered through the Incredible Hulk or Spiderman of the 70s, you can appreciate how technology has transformed an army of Supers, Amazings, Incredibles and assorted superlative prefixes into convincingly realistic characters. 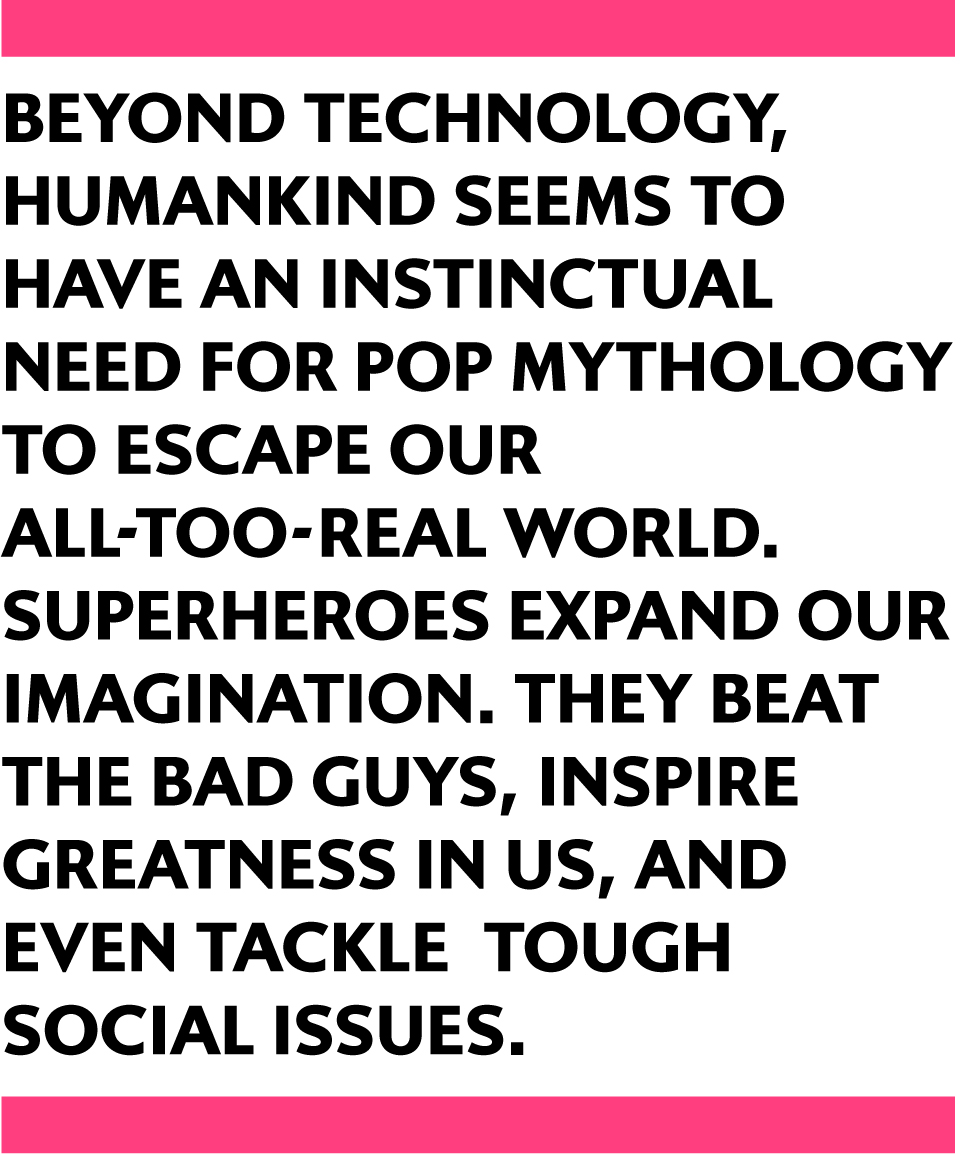 It seems to have been an otherworldly combination of factors that raised the standard and the box office draw for the spandex-laden misfits, assorted demi-gods, and alien refugees. Historically comic superhero popularity has thrived in challenging situations like wartime, human rights, and most recently, our post-911 world.

If there were ever a time to look for an escape and bury your head in the panels of a more perfect world where justice prevailed over the dark forces it would probably be the Great Depression, a time of great loss and despair when the hope of brighter future was looking pretty dim. Despite all of this, Superman emerged from the pages of Action Comics, issue number one.

The Man of Steel was created by writer Jerry Siegel and artist Joe Shuster, the sons of Jewish immigrants. When Shuster was a young boy, his father was gunned down by a thief, which gives his creation of a crime-fighting, bullet-proof immigrant from the planet Krypton an even more poignant origin story.

For the record, Superman is a DC creation, but he was the first superhero comic and without him, we wouldn’t have the superhero films we have today. DC did manage some success with the Christopher Nolan trilogy, but it was Disney’s partnership with Marvel that raised stakes and took superhero films mainstream.

The stars in the superhero universe aligned around 2008 with Iron Man. Someone must have been relying more on their Spidey Sense rather than just the pre-release stats because before Iron Man was even released, Disney announced that they would make four more Marvel films. Disney’s partnership with Marvel raised stakes and took superhero films mainstream.

To date, Disney-Marvel has made 13 superhero films in 11 years, pulling in a spectacular $21.4 billion worldwide with more projects in the works, for the theater and their new streaming service, Disney+.

The secret to the success of these films lies in part to their accessibility. The stories weren’t largely centered around A-list superheroes so there was less canon and plenty of room to expound upon less popular characters. It wasn’t until 2016’s “Captain America: Civil War” that Disney was able to come to an agreement so that Spidey could join the ranks of the Avengers. By then the B-team popularity rivaled, if not exceeded, the cache of Spiderman.

To get a sense of how a brand might learn a thing or two from Disney-Marvel and the characters of the MCU, let’s get super-listicle.

#1…Use the element of surprise to advantage.
This is even easier if no one expects anything from you in the first place. Most of the characters either had cult figure fandoms or they were considered B-listers (Scarlett Witch, Black Widow, The Vision, Hawkeye, War Machine). The only true headliners were The Hulk, Spiderman, and Captain American. Thor? Sort of, but the God of Thunder was still kind of niche at this point. By developing a larger narrative around predominantly unknown characters, audiences could be introduced to these characters and their stories with little or no preconceived notions, and very little backlash from superfans.

#2…Hire superfans to champion your story.
The assorted directors and even the majority of actors hold one common thread, their passion for comics and the characters that they portray.

#3…Empower your team.
If you want to go fast, go alone. If you want to go far, go as a team. No single Avenger could make it happen. It takes the superpowers of each member of the team to get it done. Give them the power to make choices – and even fail. The faster you fail, the faster you learn to succeed. For an established brand like Disney, the idea of them letting loose of the reins with so much at stake is astonishing, but it has proven to reap equally astonishing results.

#4…Do “whatever it takes.”
We’re not saying you need to jump off a cliff to get what you want, but if it’s worth going after, it’s probably going to take some degree of work and sacrifice. Find your power in your passion.

#5…You’re worthy.
Even “PTSD-bro” Thor found greater power in being himself rather than trying to be what he thought he should be. Sally Hogshead, legendary copywriter turned author and public speaker says, “Being the best is good. Being different is better.” Eating a salad once in a while is probably not a bad idea either.

#6…Story rules all.
As we’ve seen from other franchises that have failed on the big screen, you can’t simply dazzle an audience with special effects. You have build characters that people like, love even, so much they’ll cry their eyes out when they die. That is, well, some people cried when certain people died. Not only did each of these films stand on its own, but they were also masterfully woven together to build to the biggest superhero throwdown in the universe. Every scene, every character, every line has a reason and intention behind it that drives the story forward.

Where other movie studios have been less successful at the superhero genre, Marvel has defied the laws of the cinematic universe. They put their faith in the hands of directors and writers who were long-time fans of comics, people who understood the characters and would protect the characters from the evil overlords of bureaucracy. The alchemy of CGI melded with visionary direction, writing, stellar talent, and creative latitude combine to create an epic entertainment enterprise for the ages. 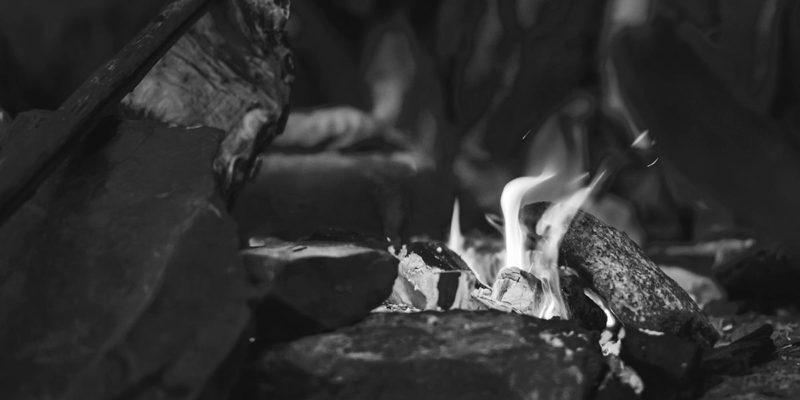 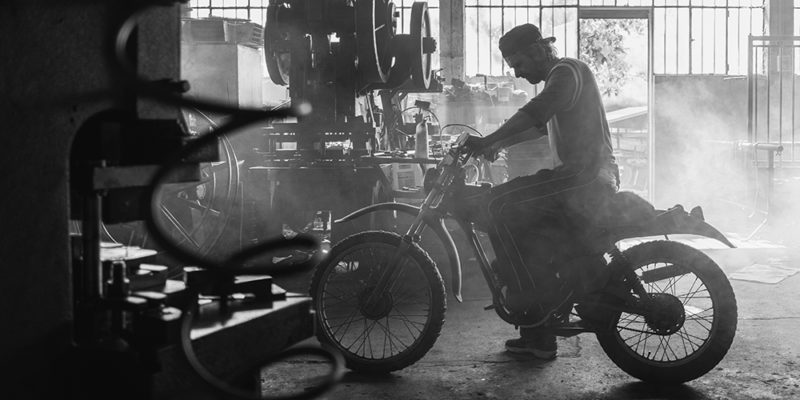