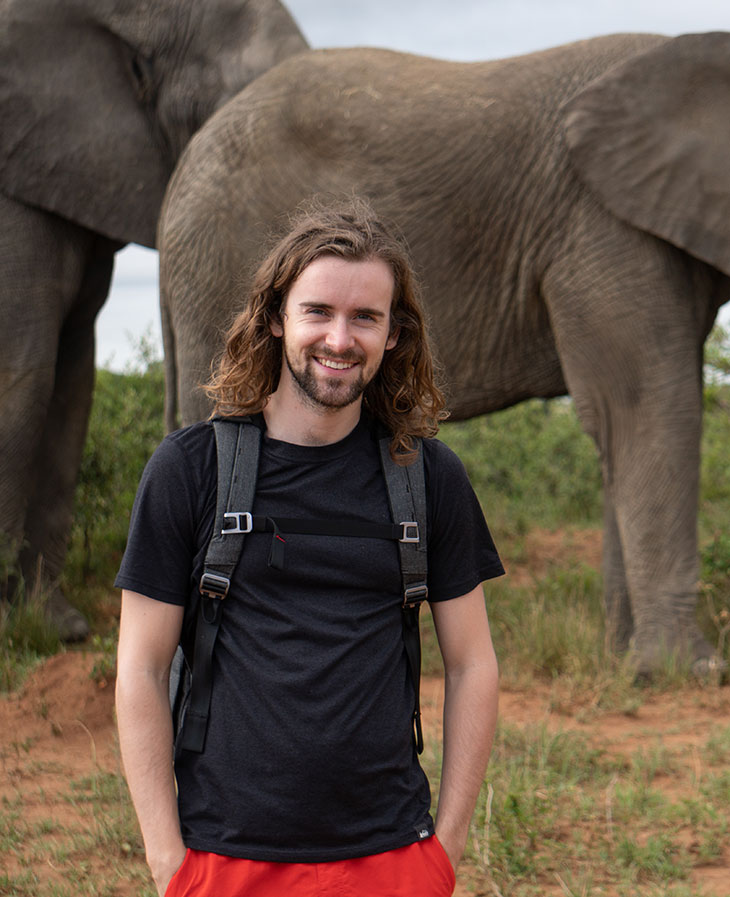 Morgan keeps on the move. Physically, mentally, and design-wise, too. What we’re trying to say is… Morgan makes moving images, and sometimes, he really goes places to get them. In the mindset of “life is a grand adventure,” He’s been to 25 countries and 44 states (note: stats may become outdated at any time). And those totals don’t include trips to Monaco, Vatican City, and Puerto Rico. In the creative realm, he’s an intuitively-skilled designer, animator, 3D image-maker, photographer, illustrator, filmmaker, and even woodworker (phew). In his first week here, Morgan animated a talking raccoon who pops out of the trash. So yeah, we’d say he’s going places in his career too.

He knows all the elephants in the room.